The city of Zurich, a global center for banking and finance, lies at the north end of Lake Zurich in northern Switzerland. The picturesque lanes of the central Altstadt (Old Town), on either side of the Limmat River, reflect its pre-medieval history. Waterfront promenades like the Limmatquai follow the river toward the 17th-century Rathaus (town hall). Permanently settled for about 2000 years, Zürich has a history that goes back to its founding by the Romans, who, in 15 BC, called it Turicum. However, early settlements have been found dating back more than 6400 years ago. During the Middle Ages, Zürich gained the independent and privileged status of imperial immediacy and, in 1519, became a primary centre of the Protestant Reformation in Europe under the leadership of Ulrich Zwingli.
The official language of Zürich is (the Swiss variety of Standard) German, but the main spoken language is the local variant of the
Alemannic Swiss German dialect.
Zürich is a leading global city and among the world’s largest financial centers despite having a relatively small population. The city is
home to a large number of financial institutions and banking giants. Most of Switzerland’s research and development centers are
concentrated in Zürich and the low tax rates attract overseas companies to set up their headquarters there. 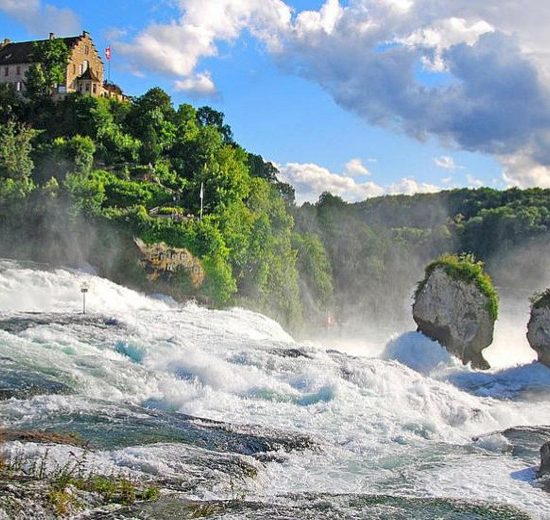 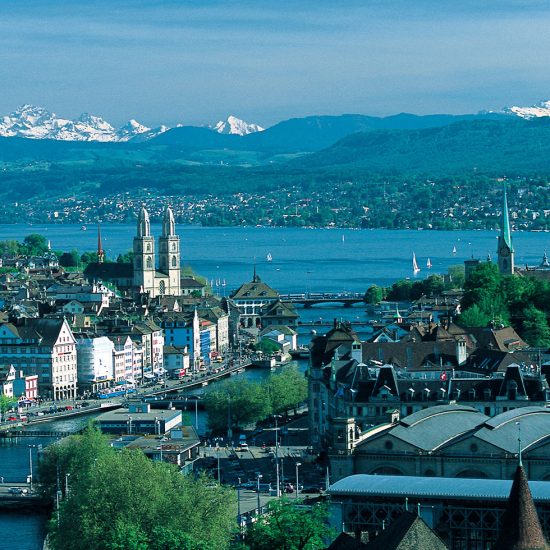 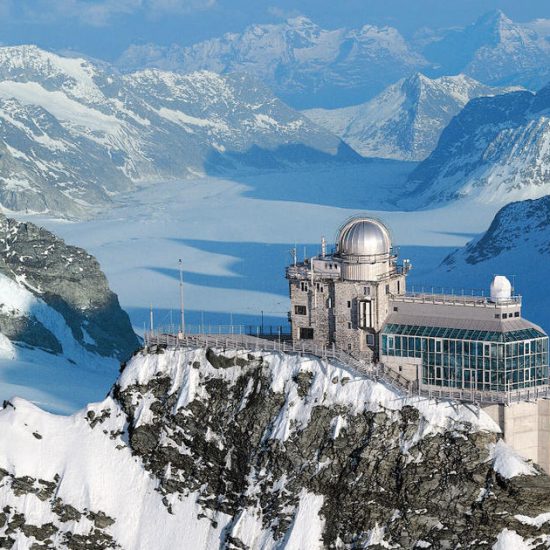 Day 2: Getaway to the Rhine Falls

Morning: Breakfast in hotel Afternoon: Getaway to the Rhine Falls Your coach will start from Zurich city centre and will head towards the fantastic nature spectacle Rhine Falls, Europe's largest waterfall. It is only 23 metres high but has an impressive width of 150 meters and an average of 25'000 cubic feet of water per second (700m3/sec). You will be dropped off on the north bank of the river Rhine where you can admire the turreted castle called Schloss Laufen on a cliff directly above the falls. The tour also takes you to Northern Switzerland close to the German border where you will drive through Schaffhausen, the capital of the canton with its famous Munot Fortress, dating from the 16th century. Return to Zurich with an alternative stop at the Airport, where departing guests can end their tour if they wish. Tour duration: 4hrs Evening: Fabulous evening tour A mystical tour with lantern through the winding streets of Switzerland’s oldest town. By candlelight city guides dressed as night watchmen tell you about dark figures and hidden places. Tour Duration: 2hrs
3

Morning: breakfast in the hotel Afternoon: Jungfraujoch - Top of Europe from Zurich A scenic coach journey through splendid countryside takes you to the Bernese Oberland. After a break in Interlaken, uniquely situated between two lakes, we board the cogwheel train in Grindelwald for a spectacular ride via Kleine Scheidegg to Jungfraujoch. Stunning views of the world-famous triple peaks of Eiger, Monch and Jungfrau accompany you all the way to the top. Once on the top, immerse yourself in the fascinating high-Alpine wonderland of ice, snow and rock. Experience the adventure tour "Alpine Sensation" marking the 100-year anniversary of the Jungfrau Railway and visit the Sphinx Observation Terrace and Plateau with the most breathtaking panoramic views of snow-capped peaks, neighboring countries and Europe's longest glacier, the Aletsch Glacier. Don't forget to stroll through the tunnels of the Ice Palace located in the heart of the glacier , a once in a lifetime experience you don't want to miss! Tour duration: 13hrs
4

Day 4: The Great Tour of Zurich and Rapperswil

Morning: breakfast in the hotel Afternoon: The Great Tour of Zurich and Rapperswil Discover this unique city, winner of the award 'City of Best quality of life'! See the castle-like National Museum, the shopping and business centre on Bahnhofstrasse, the Limmatquai with its medieval Old Town and view to the Lindenhof, where the brave women of Zurich saved the city from the invaders, the largest church clock-face of Europe on St. Peter, the patriarchal Guild Houses, the Opera house with its famous June-Festivals, and the lake (picture stop). Enjoy the great experience travelling uphill on the cogwheel railway into the 'Zurichberg' district with its recently renovated noble five-star Grand Hotel Dolder and many superb mansions of glorious past times. You will see the University and the Swiss Federal Institute of Technology (ETH Zuerich). Its most famous student and professor was Albert Einstein. Finally there will be a stop in the Old Town at Fraumunster Church, where you will admire the world-famous Chagall-Windows with detailed explanations. After this, your guide will invite you to a short stroll through the Old Town of Zurich. Tour duration: 4hrs
5 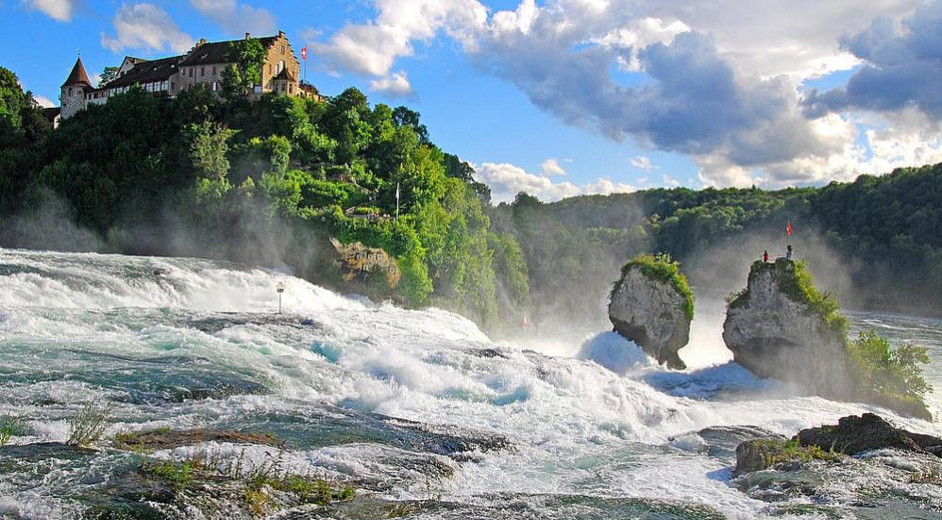 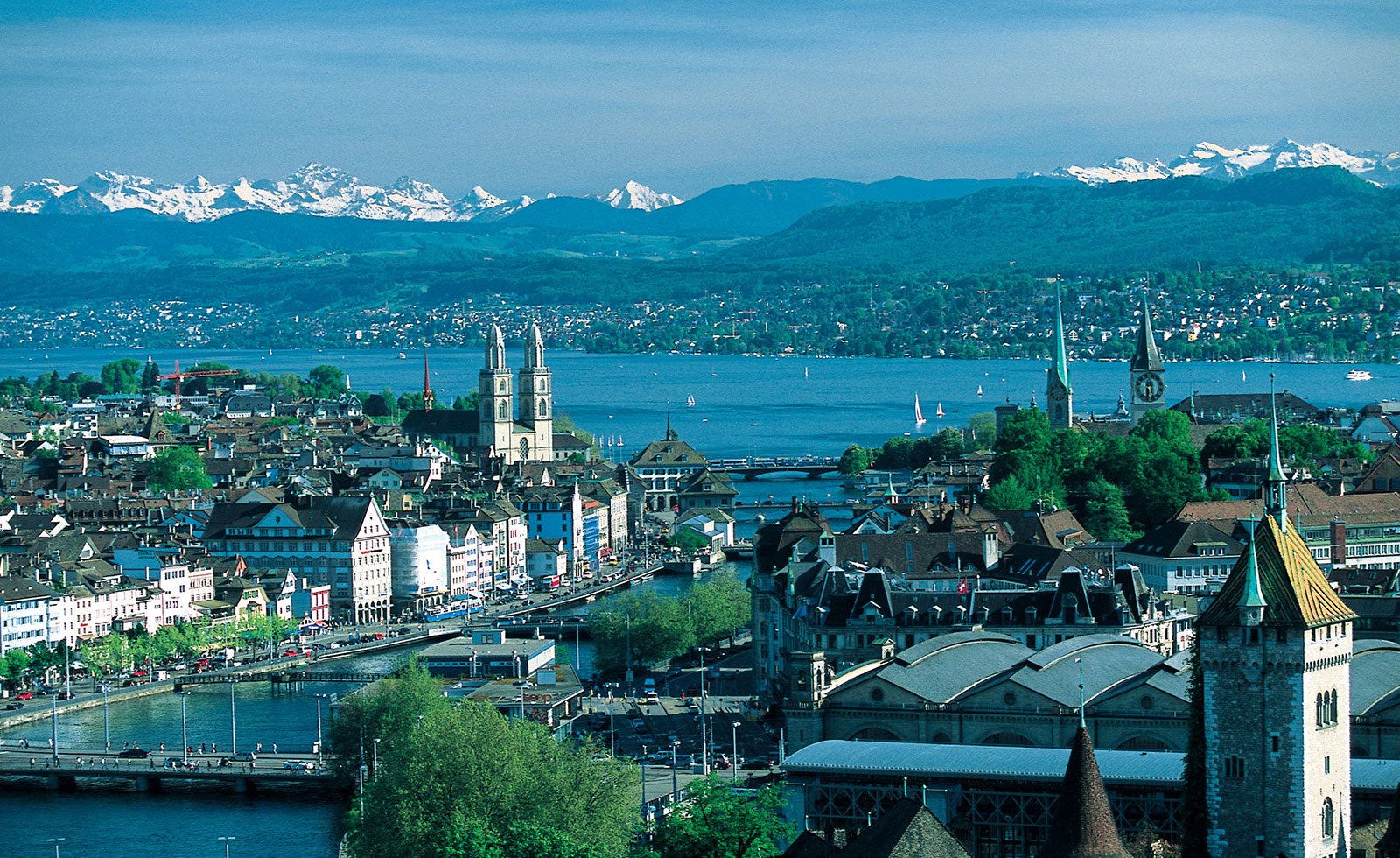 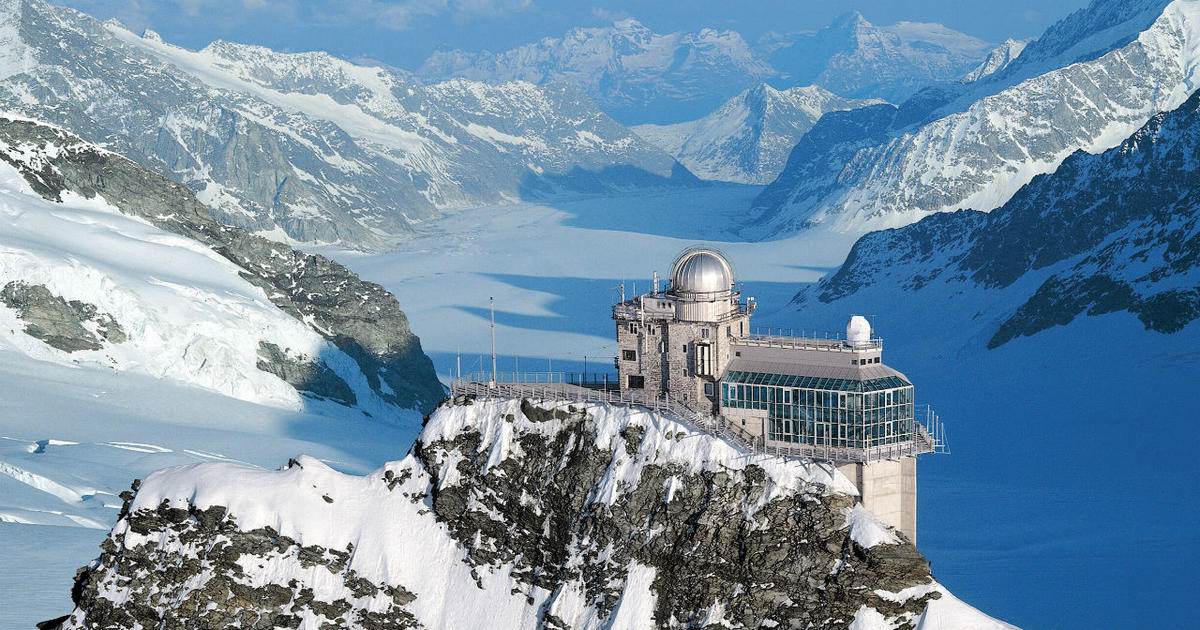 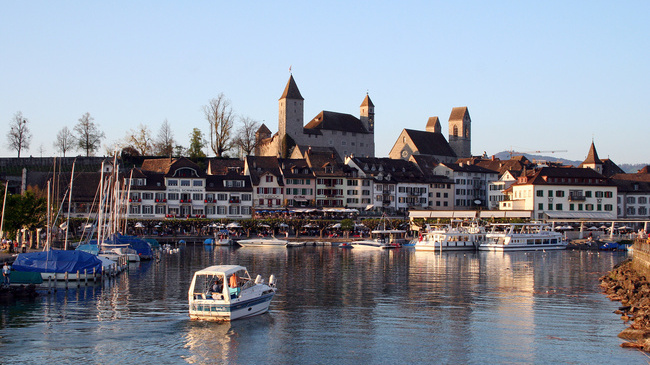 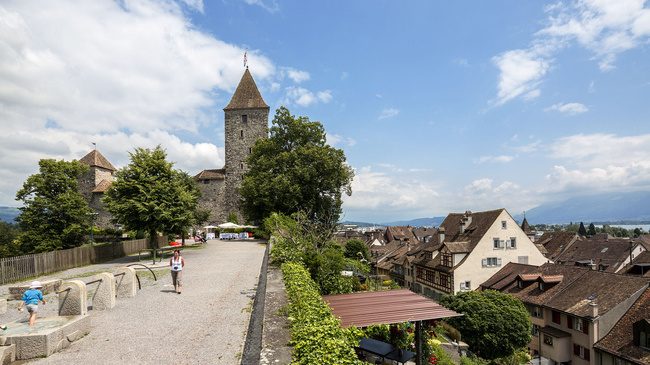